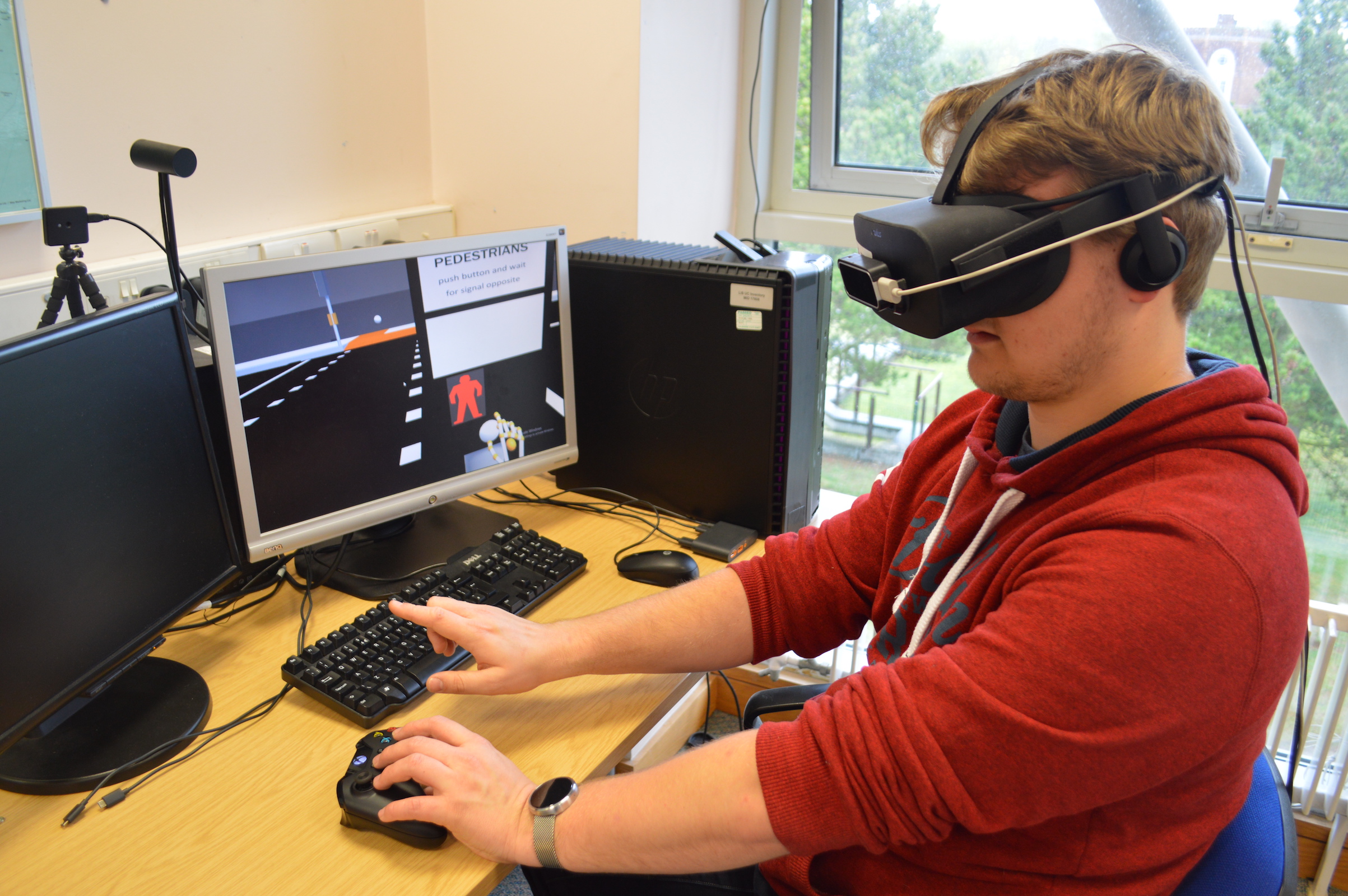 Our simulator, called WheelchairVR, consists of a controllable virtual wheelchair and a series of different navigation tasks that replicate issues faced by wheelchair users in the real world. Wheelchair-rift has been created using a game development platform, called Unity3D, and is able to run on standard Windows and Mac computers. Currently it supports a generic rear drive wheelchair with the correct physics to model realistic motion. However, other wheelchair types can easily be included. To view and interact with the virtual environment, a combination of the Oculus Rift Head Mounted Display (HMD), a Leap Motion hand tracking device, and a Microsoft XBox controller are used. The HMD supports head tracking and allows the users to look around the environment and feel completely immersed in the virtual world. The Leap Motion allows the users to interact with objects in the virtual world using their own hands. The joystick on the Xbox controller is the main navigation interface, representing the joystick on a real wheelchair.

Several scenarios have been designed to simulate the skills of real life usage. They include: a maze of corridors with tight turns to practice manoeuvrability in indoor spaces; another maze filled with a complex arrangement of doorways; a room of moving objects that simulates crossing a crowed room of people; and a task containing a series of ramps to be traversed. The Unity3D software provides extensive support for creating any indoor or outdoor environment and so the inclusion of additional scenarios in the future will be straightforward. Metrics such as the time taken to travel a room, number of collisions, or navigation paths can be automatically recorded and used in various assessments.

Wheelchair-rift has been demonstrated to professionals from four Posture and Mobility units in the UK to provide initial face validation. In particular, we needed to assess the fidelity of the wheelchairs functionality. Each test subject used the simulator for up to 15 minutes and attempted the different navigation scenarios. Overall, a positive response was given about the potential of the simulator. Some improvements were identified, such as being able to adjust the wheelchairs settings to suit the user, and the inclusion of more manoeuvrability and navigation tasks. Cyber-sickness whilst using the HMD was identified as an issue for some users, with every individual affected in a different way and degree. The panel also discussed other assessments that a wheelchair user would have to complete, including spatial perception, reaction time and visual tests.